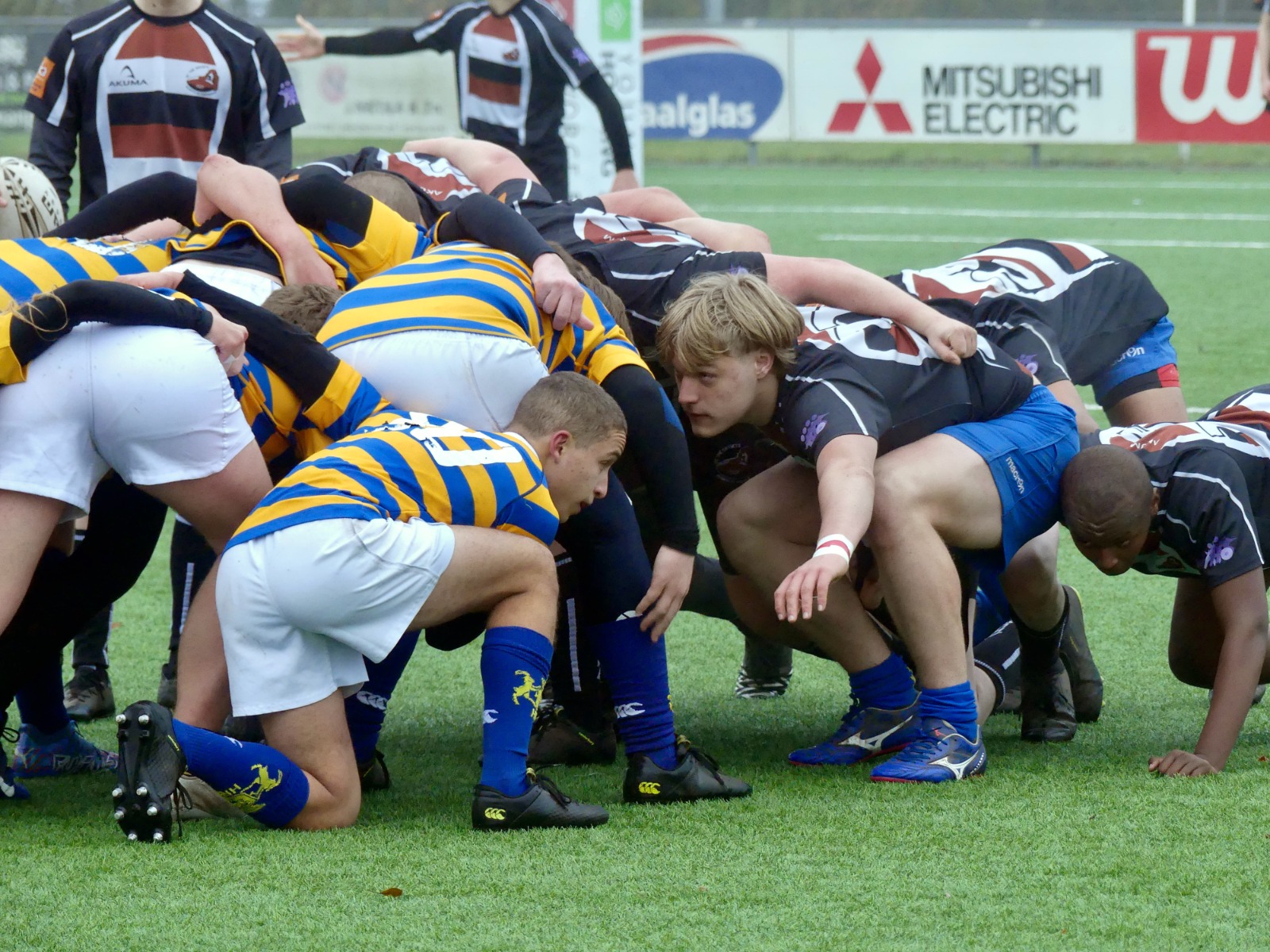 This is what Rugby is all about neighbors with benefits

Due to the Zwolle game against RC Bassets getting cancelled today saw the opportunity for Colts 3 to travel up the road to Sassenheim for a friendly with the neighbours. Many thanks to everyone who showed up to make this happen.

HRC broke their habit of the season by starting out very strongly and determinedly, resulting in us opening the scoring early in the game. Pre-match there was some of the “Oh, they look big” chat going around but HRC matched their opponents in raw physicality throughout the game. Tackling was much improved from last week as was ball possession. HRC kept the ball well and were able to develop solid attacking plays keeping the pressure consistently on the Bassets. If any we suffered from some midfield congestion – too many players running into the same space that meant the backs had a harder time creating room. Ultimately that cost us.

Some handling errors resulted in a couple of tries in the first half but both the workrate and strong positive attitude stayed constant. Even though Bassets pulled away in the second half HRC stayed right in the game, never giving up. The defensive line stayed strong and tight and the offload game was consistently solid.

Special mentions must be given to to two superb plays. Firstly a late game try from Gijs barrelling absolutely fearlessly out from a short line to land it and secondly to a brilliant closing seconds tackle from Cas on a rampaging Basset that closed down a threatening attack completely. The final scoreline of 36-17 doesn’t reflect how even the match really was in nearly all areas.

All in all a hard fought, fast paced game that was a joy to watch from the sidelines. Well done to all! 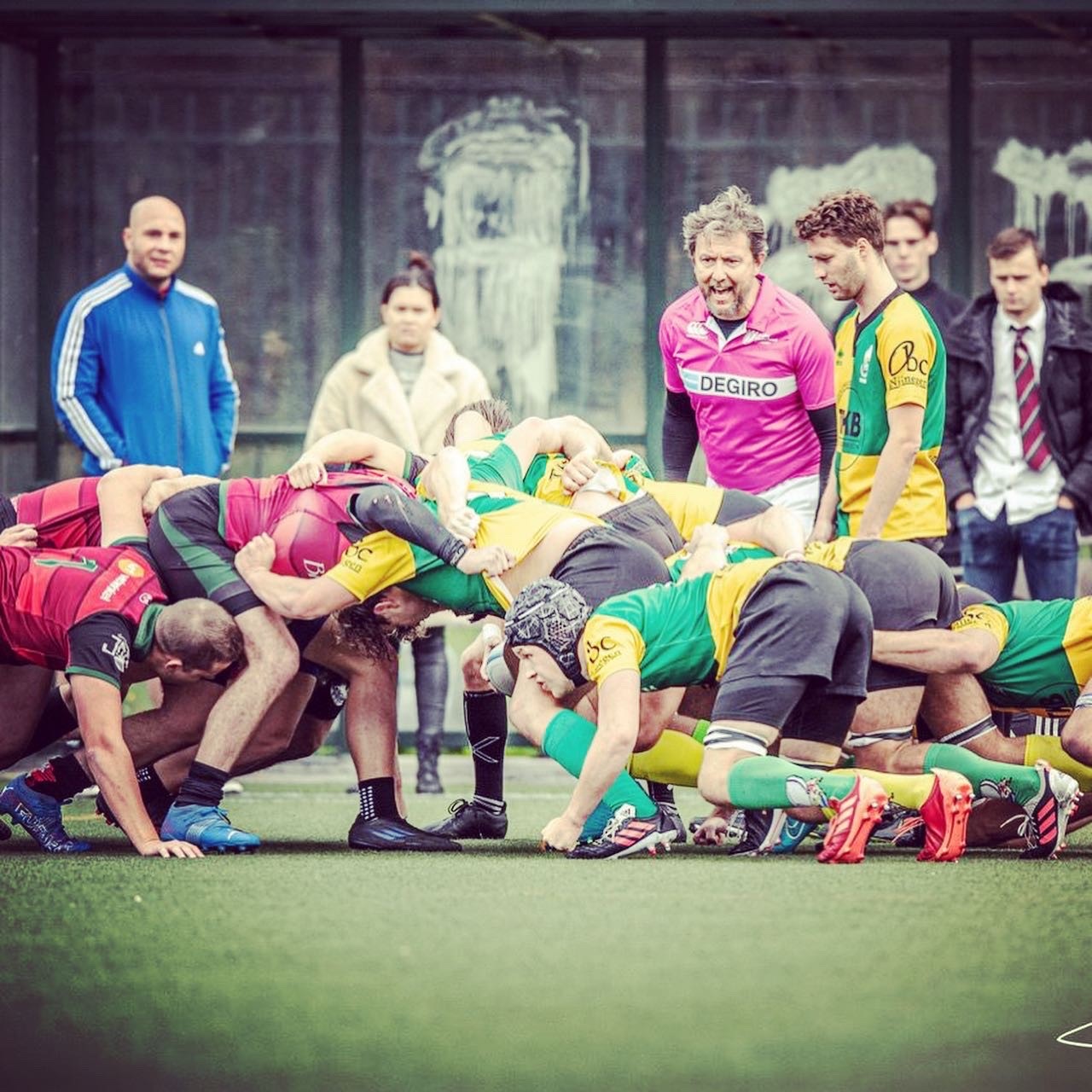 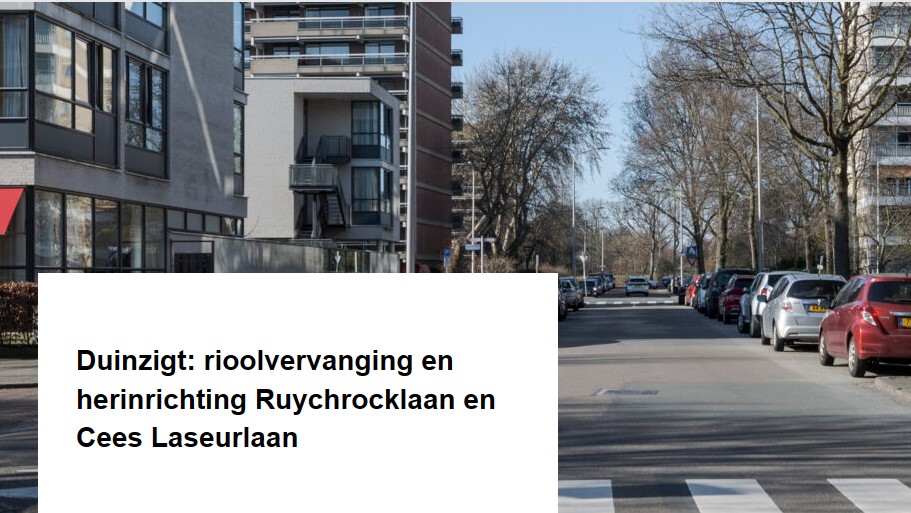 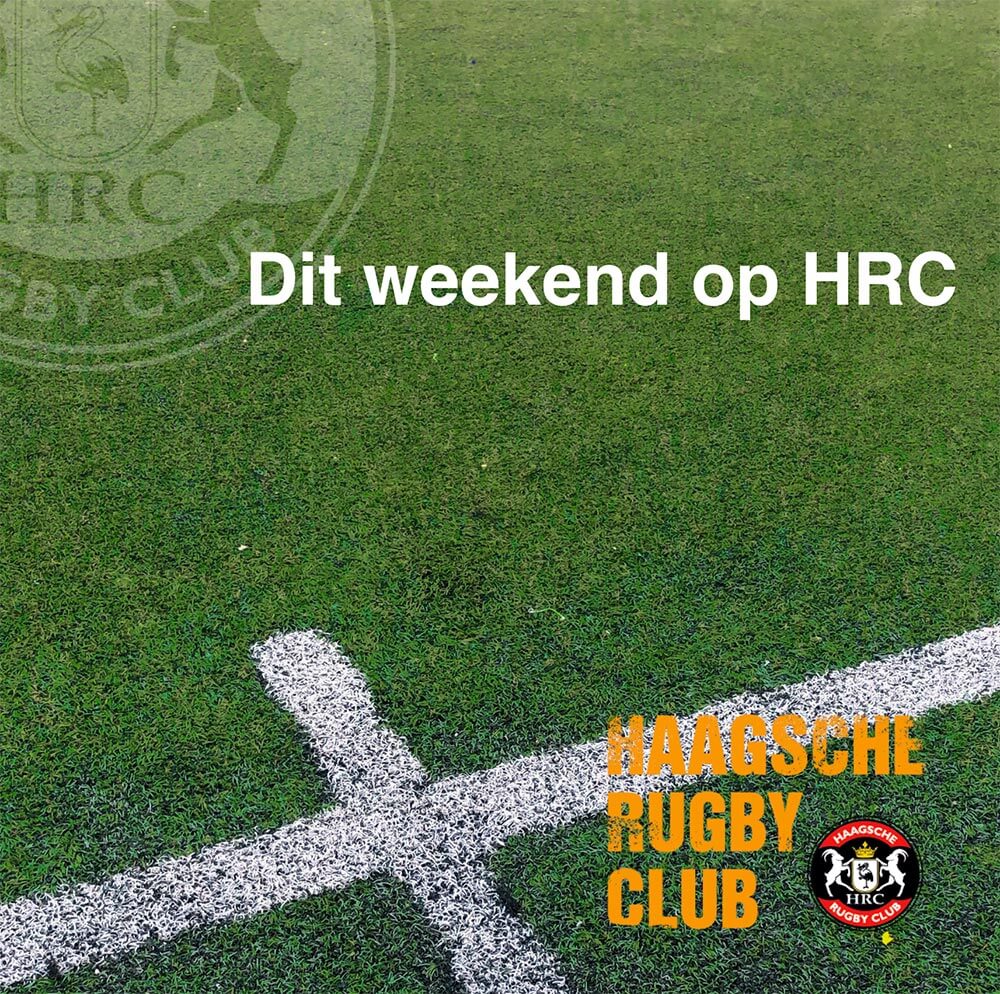 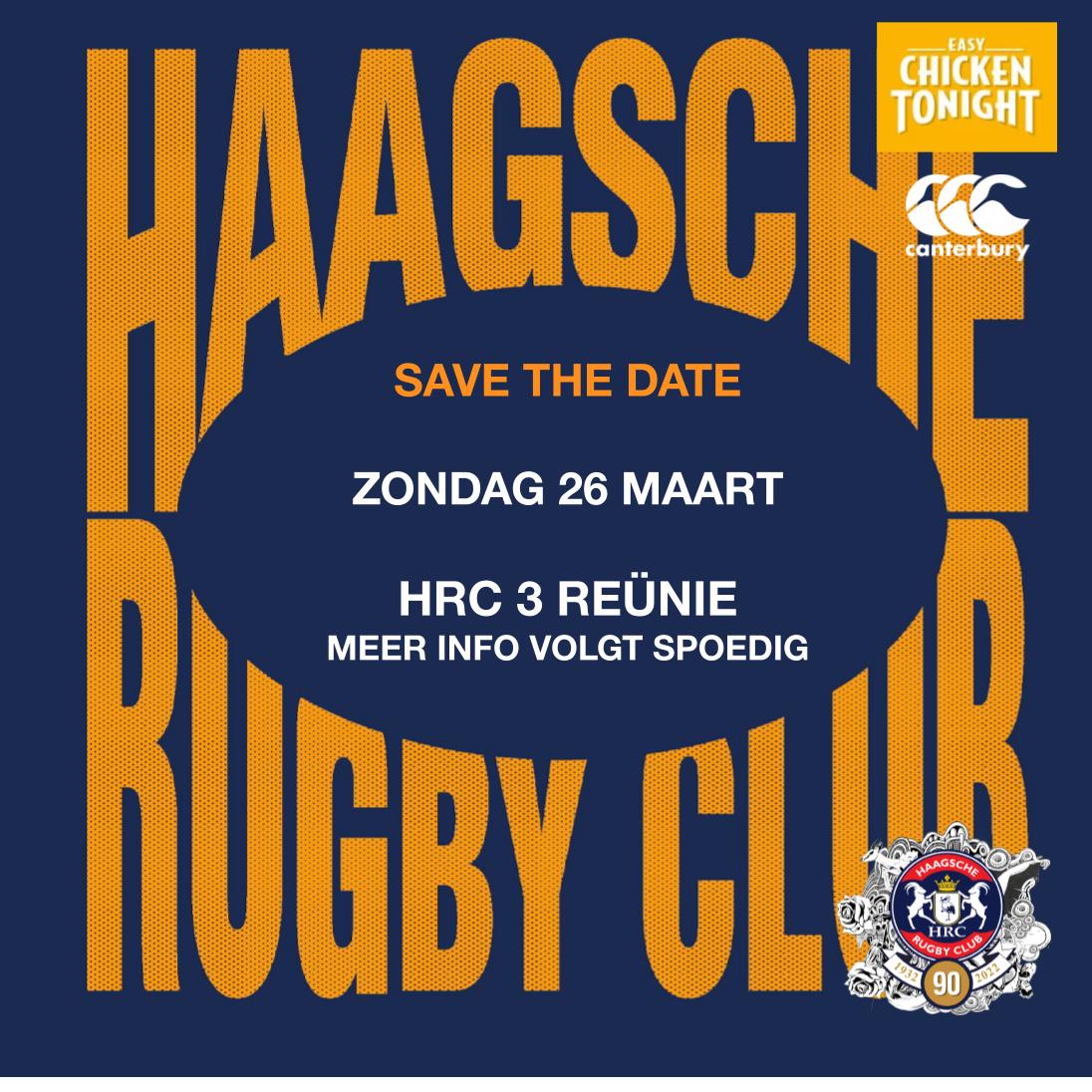 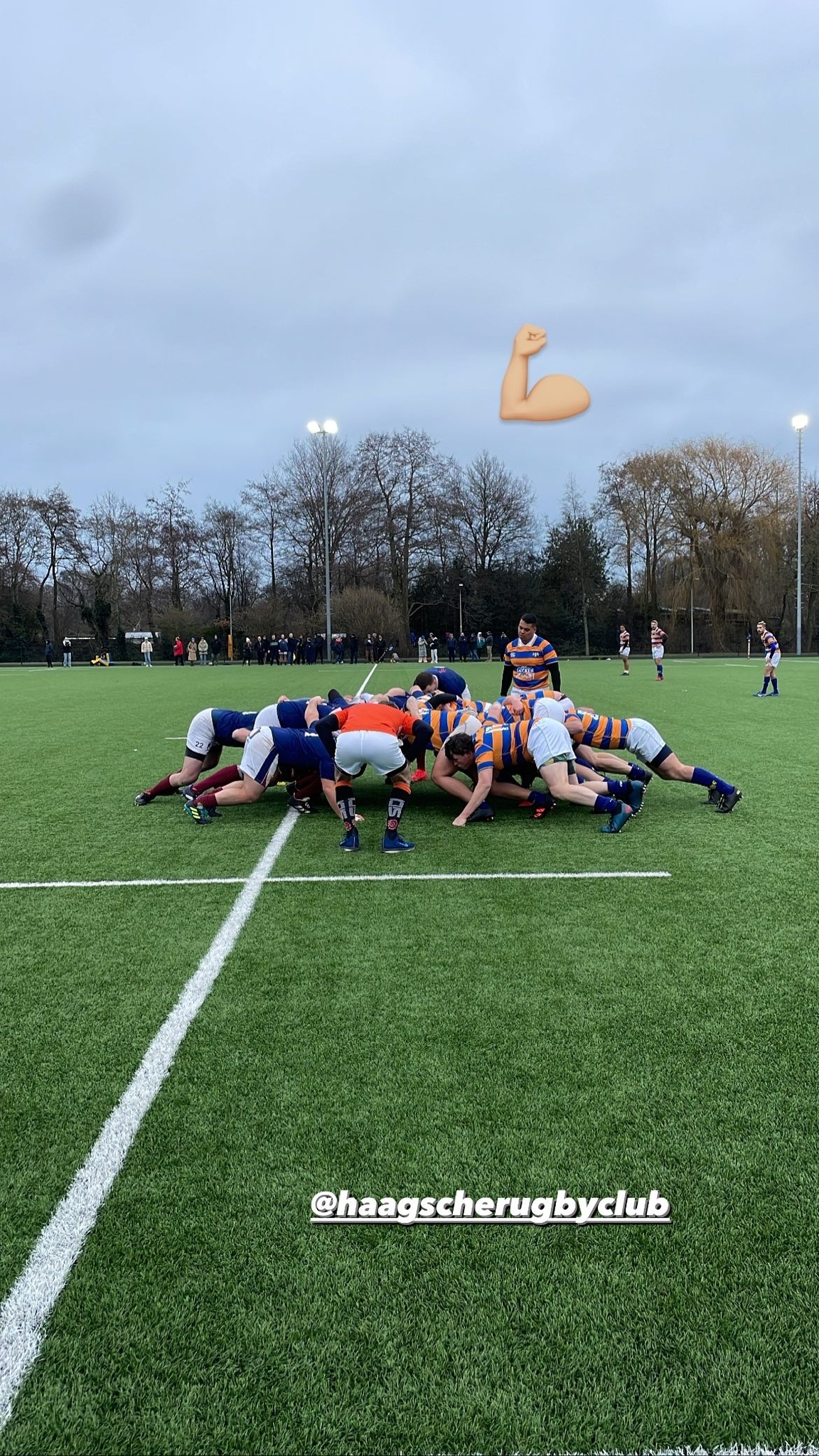